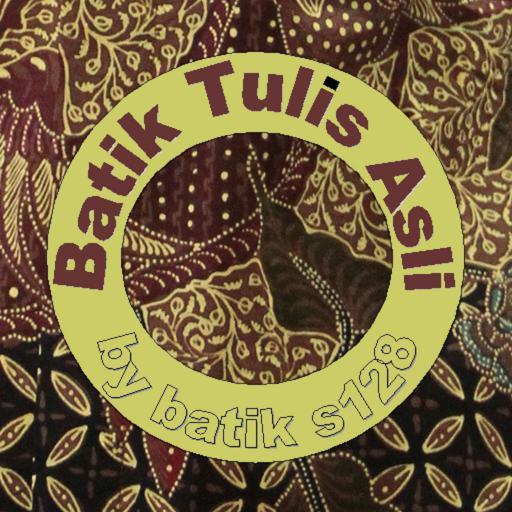 Handwriting Batik (Batik Tulis) and Cities In Indonesia That Produce It

Get to know more about handwriting batik (batik tulis)

Batik itself was originally an art of handicraft that will display the results with its own aesthetic value and is a cultural heritage that exists in Indonesia especially for areas in Java. In the beginning, the process of batik was the main work of women in ancient times.

And batik motifs also symbolize one’s caste, for some batik motifs can only be used for families originating from the Solo or Yogyakarta palaces. The palace batik motifs themselves are rich in several philosophies and meanings about life with complex patterns and flexible.

In contrast to coastal motifs that have more freedom in matching their desired motifs with colors that are almost free. This is because the motifs of coastal batik itself are much influenced by outside cultures during the colonial period, such as bright coloring from Chinese or floral motifs from Europe.

As the name implies, handwriting batik has a work process in a way written using a tool called canting as a place to accommodate malam or candle. The tool has a small pipe located at the front of canting. The motifs found in handwriting batik are also diverse and there is no repetition.

The motifs that are produced from handwriting batik are evenly distributed on both sides of the fabric which is different from the batik cloth made with stamp techniques (batik cap). In general, the basic color of the fabric is the soft colors that will be combined with a thicker color motif.

The motifs also will not have the same size on each sheet of fabric. This is because the manual process by hand or known as handwriting batik (batik tulis). Compared to batik cap, the process of writing batik is relatively long even up to 3 months for one piece.

The process that takes a long time, caused handwring batik is usualy priced quite expensive because of the complex motifs and unique to add the impression of luxury. In addition, the colors of handwriting batik are far more durable when compared to batik batik print.

Currently the use of batik fabrics can be found in various events and batik fabrics (kain batik) have also been combined with other types of fabrics to make women cloth (batik wanita) and man wear (batik pria). However, there are still some batik motifs used for traditional ceremonies.

Cities In Indonesia that Produce Batik

The city that is famous for producing handwriting batik is Solo and then it called as batik solo. In its development, Solo city produced motifs that were quite well known in the community. The materials used for coloring are also from Javanese natural color named soga which has been passed down since ancient times.

At the beginning, batik Solo could only be made by people who came from the royal family but because of the great war, the royal Solo family took refuge in areas outside the Solo palace and developed extensive batik business.

At last, batik solo has become a favorite of many people even those from abroad also take attantion of handwriting batik produced from this city.

The next handwriting batik producing city is Pekalongan Central Java. Batik originating from this city also has a fairly thick historical value relating to the Dutch colonial period and can not be separated from the open war that occurred in the Yogyakarta palace that caused the royal family to flee.

The city which was used as a refuge for the royal family was included in Pekalongan city. And after living in the city, the royal family continued to run handwriting batik crafts which also experienced a slight overhaul of the motif because they gained inspiration from the city that was inhabited at that time.

Hindu-Javanese motifs are still attached to Pekalongan’s batik pattern design but there is no palace regulation. Meanwhile, the princes of the santri (Islamic traditional school students) in Pekalongan also added Islamic elements to their motives. The colors displayed on this batik are bright colors due to influences from China too.

Yogyakarta is one of the oldest areas that has handwriting batik in Indonesia for several centuries. In its development, Yogyakarta batik still has a connection with the Giyanti agreement in 1755 when there was a split in the Mataram kingdom and the Ngayogyakarta Hardiningrat Palace was merged.

The batik motifs from Yogyakarta are thick with royal nuances that are quite thick and have their own level of complexity.

Batik from the city of Madura also has strong characteristics with fairly bold colors. The well-known Madurese batik producing areas are Pamengkasan which has many batik artisans.

The city of Cirebon is one of the largest cities that produces Batik fabrics in the Sundanese land to date and have an influence on other areas in West Java. The motifs presented are in the form of motifs that symbolize life and fertility.

In addition, Batik Cirebon also has the influence of the marriage of Sunan Gunung Jati who made marriages with Chinese women. The process of coloring Batik Cirebon is very unique because there are 3 times the coloring process.

Just like other cities where the beginning of handwriting batik can only be done in the area of ??the Palace, even in Cirebon. But along with developments in its time, the art of batik can be done by people outside the palace.

Turning outside Java, Batik also experienced developments outside the Java island such as the Bali island. In its development, Handwriting Batik from Bali is a new batik. In addition, Bali still has local motifs and patterns that have high value because they selected the used materials.

In its development, Balinese Batik motifs are more in line with the flow of modern batik originating from outside the island such as floral, butterfly, tree to fish motifs. But it still prioritizes the religious process of the Balinese people who are very thick.

Turning to eastern of Indonesia right on the island of Papua, written batik also has distinctive features on this island. The motives displayed cannot be separated from the cultural and natural elements in Papua. Papuan Batik motifs are also known to have bright colors like green, yellow and red.

The motifs that are quite well known in Papua are the presence of the Birds of Paradise, panels and so on. Even the resulting motif is also asymmetrical but will add its own uniqueness and exotic to Papuan batik.

There are two fairly well-known motifs from this area, namely the motives of Kamoro and Sentani. The Kamoro motif itself will display a standing symbol. While on the Sentani motif, you will see a circular pattern of wood with several color combinations.